Paul Okoye took to his Twitter today to urge fans of their band, PSquare, to donate to their FCMB account in celebration of his reunion with his twin brother, Peter Okoye.

In case you missed it: the famous brothers finally decided to put their differences aside and reunite again years after their separation.

That news was met with joy, and now Paul wants fans to show monetary appreciation of this, especially in the wake of Davido’s birthday crowdfunding which has earned him over N160 million at press time.

“Starting from @Obi_Cubanaa ….. let’s show at @davido that 2 heads are better than 1 #doubledouble,” Paul tweeted.

Starting from @Obi_Cubanaa ….. let’s show at @davido that 2 heads are better than 1 #doubledouble 😆❤️ pic.twitter.com/ICugrbpSq1 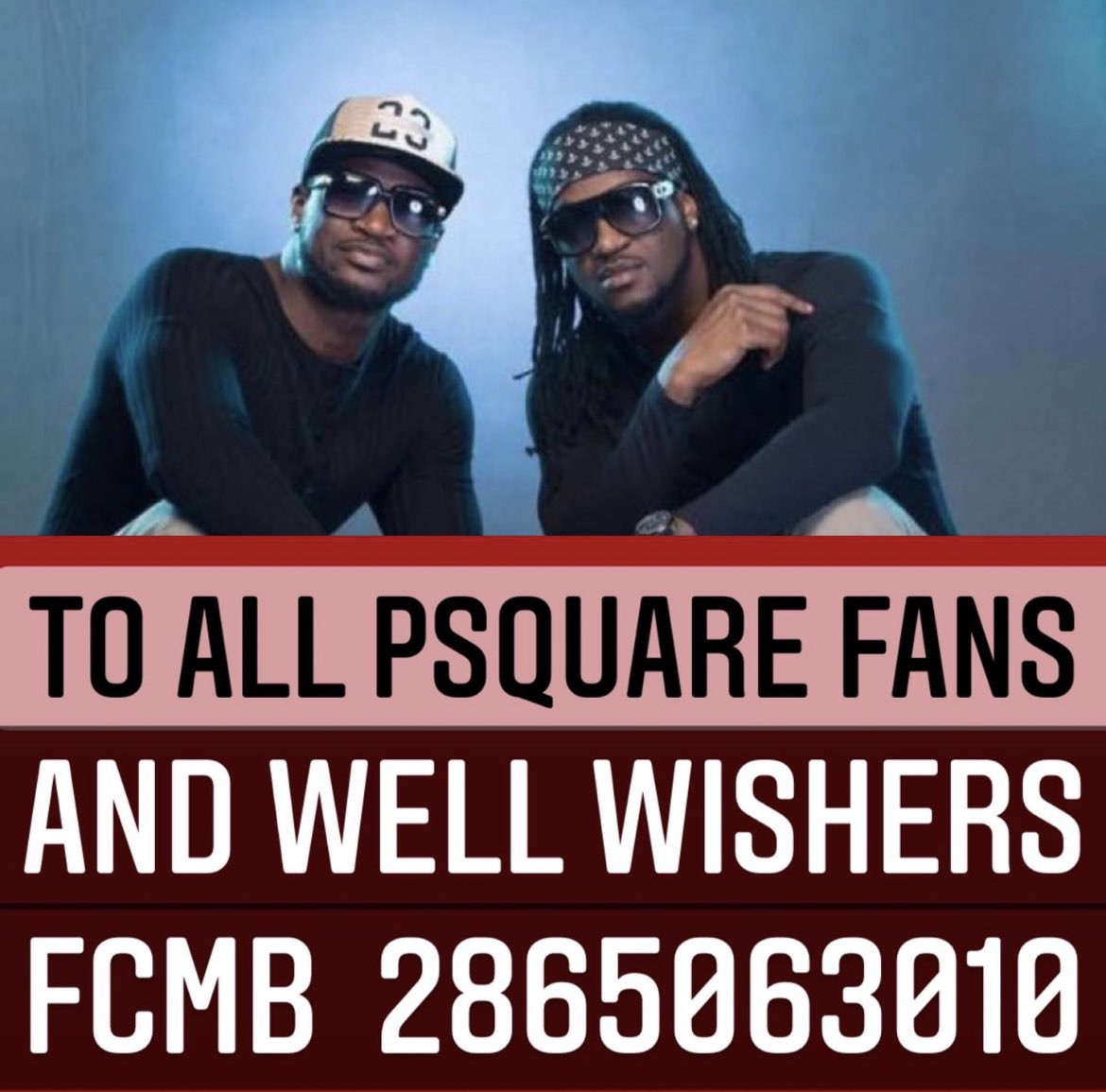 Tems’ Letter to Women Singers: “When I See Anyone of You Gracing a Stage, I Feel Like That’s Me”

Tania Omotayo on Her Health, Her Career, Her Relationship With Wizkid, & More: Watch

International Music Chart: Harry Styles’ “As It Was” Leads

Singer Praiz Inducted as Member of The Recording Academy

Nigerian Designer Ese Azenabor Gets Shout Out on Remake of Hit Hollywood Film, Father of the Bride

Vee Adeyele is A Vision in This Red Number

Hijab: Lawyer dressed as traditionalist shut out of Lagos Court